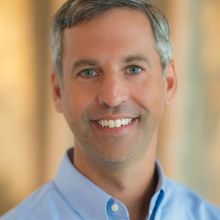 Adam started his tax career as a seasonal tax preparer at a Jackson-Hewitt® franchise in Wilmington, North Carolina.

Within a few months, Adam was promoted to General Manager of the franchisee's six existing offices. Adam then helped the company expand from 6 to 11 office locations over the next five years.

During his time in the "retail" segment of the tax prep business, Adam trained hundreds of tax preparers and supervised the operations of the company out of the main office, processing thousands of tax returns every year.

In January of 2010, Adam struck out to start his own business and, in March of 2010, obtained his CPA license. Adam decided to focus on serving entrepreneurs and business owners and that focus continues today.

Adam Shay CPA, PLLC has now grown to become a premier tax and accounting firm in Southeastern North Carolina, employing a team of six CPAs and four support staff and earning widespread respect in the business community with his team's proactive, results-oriented approach.